Blockchain – the Innovation Engine of the Financial Industry?

Blockchain has been a buzz word for a few years but the announced disruption seems to have disappeared. So where are we since then? Are the promises all gone? Is there really something beyond the hype?

Blockchain is in that regard no exception. Five years ago, the blockchain industry was created at an unprecedent pace, then the flagship of this blockchain revolution, Bitcoin, was reaching summits end of 2017, followed by the ICO bubble which exploded a year later.

The story of blockchain in the financial industry

Before looking at predicting the future, which is notoriously difficult and hampered by cognitive biases, let’s first look at what blockchain is and is not.

Blockchain is not a brand-new technology but a clever combination of technologies that have been around for decades. For example, peer-to-peer networking was used by Napster, asymmetrical cryptography that has been around since the 1970s, and the idea of chaining cryptographic elements to seal data has been used since the 1980s.

A skilful assembly of those technologies resulted in the first blockchain – Bitcoin’s blockchain – which today facilitates a secure, globally shared view of a Bitcoin ledger. Its market capitalization is worth (at the time of writing and after a recovery following the shock of the pandemic crisis) over $170bn.

Blockchain provides a consistent and secure shared view of almost arbitrary data, either globally or amongst a more select group like financial institutions. Crucially, and unlike other ways of sharing a single copy of data, members of such groups do not need to trust any other member, nor trust any central party. No one has absolute control of the data, and its integrity is effectively guaranteed by maths and cryptography.

The arbitrary data that blockchain can store includes asset ownership and other registries (e.g. of identities or votes), but it can also include more exotic and powerful constructs such as self-executing contractual agreements written in computer code called “smart contracts”.

Why is blockchain so attractive to financial services?

Blockchain has the potential to replace or eliminate many existing forms of inter-bank communication. Message flows between institutions have been an essential part of banking for centuries but they are more numerous than ever. In today’s pre-blockchain world, each actor in the financial system maintains its own ledger and these institutions send each other messages to synchronize their respective ledgers. Such messages must be interpreted to alter the multiple copies of a transaction. Later, there is a huge reconciliation effort, involving more messaging itself, to ensure that the synchronization is intact.

Blockchain provides a shared database as a ledger. Participants to a transaction share, de facto, the same data. They do not need to send messages around to synchronize their view on the trade anymore, nor do they need to perform reconciliations.

Blockchain is a single source of truth. This is a massive change which is about to dramatically impact back-office activities. So, where are we now?

Well, bitcoin has recovered silently from the severe correction it faced in 2018. Also the substantial price drop at the start of the COVID-19 crisis proved to be short-lived, substantiating that crypto currencies are here to stay.

Another front was opened last year by the very publicized announcement of Libra. Facebook has waken-up the whole monetary industry threatening incumbents like central banks to be disrupted. This has been instrumental to raise the awareness of the need for a stable coin to digitalize transactions end to end.

Blockchain as a revolution in banking operations

Meanwhile, the projects that have started some years ago are making progress and are about to deliver in the coming months. Blockchain-based exchanges are going to be live soon and will bring an automated and atomic delivery versus payment which is a major disruption in the securities industry. Another big disruption to come is the automation of corporate actions which is the biggest burden in the current securities world.

For those who are not familiar with the tricky processes of the securities market, delivery versus payment is a process where the securities that have been bought or sold on an exchange are delivered to the end customer against a cash payment. The complexity is coming from the different nature of security and cash.

In contrast, blockchain technology is enabling to represent both securities and cash in the same way, making the delivery versus payment seamless.

Blockchain-based corporate actions is the next big disruption to come solving a major pain of the securities industry. Dividends or splits, to name a few corporate actions, will get actionable and automated thanks to blockchain technology.

These examples show that blockchain will be the engine of the finance industry. That is why we believe it must be natively integrated into today’s core banking systems so that crypto assets are seamlessly integrated and managed just as any other financial product. Similarly, the private keys which are giving access to those assets must be managed very securely and integrated into the secured process the banking industry has established for decades.

We have only focused on the financial market but blockchain technology has a far broader reach. Very promising use cases are being developed in Trade Finance, Automotive, Government sectors.

As blockchain is by essence a collaborative technology, it takes a while to set up the needed collaboration framework between different businesses. People who think only in technical terms expect a much faster adoption rate than what businesses can deliver. This leads to the huge gap that we see between the hype and reality. 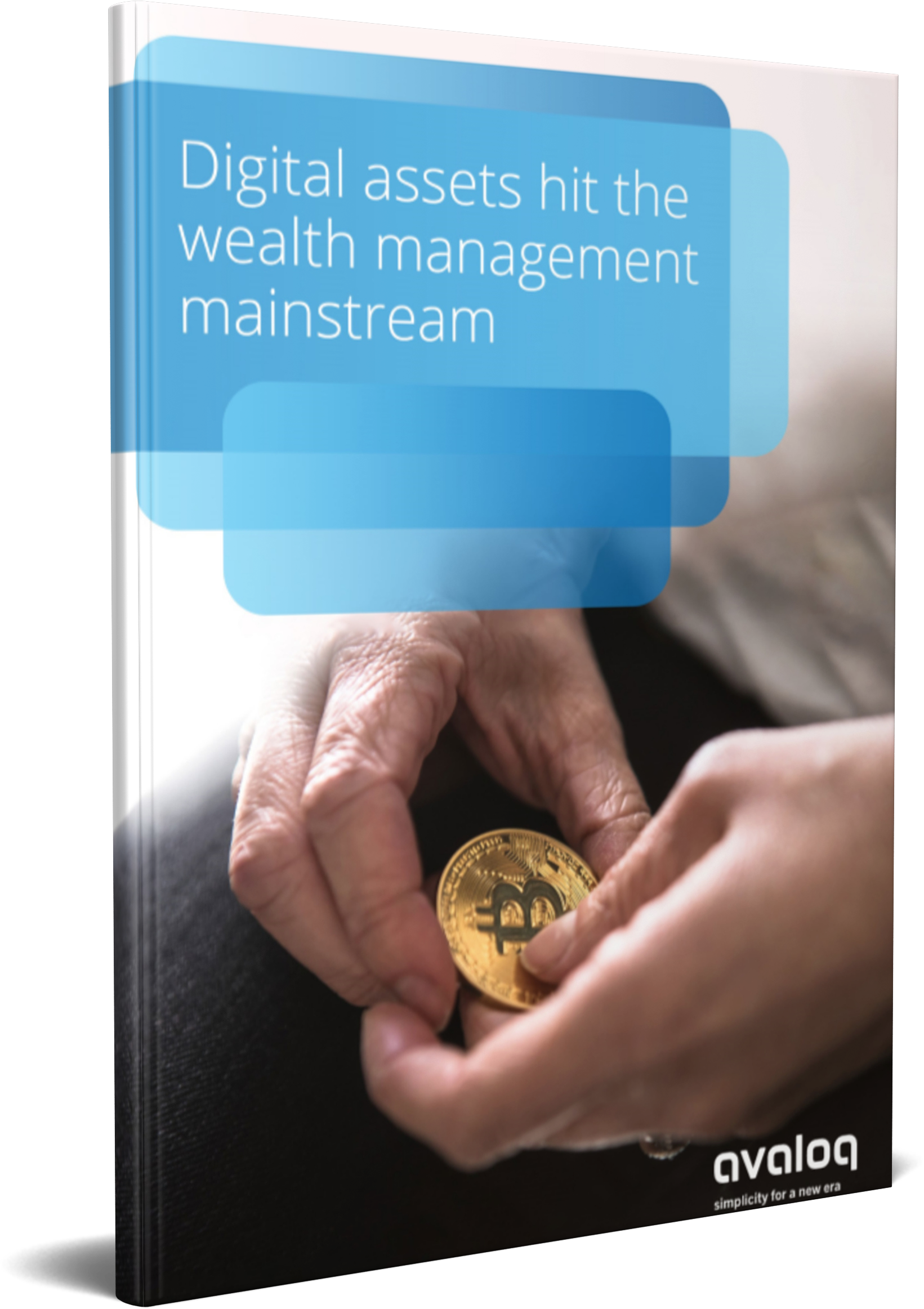 This whitepaper explores the opportunities and challenges for banks and wealth managers of entering the crypto assets market.